I Took Brussels Sprouts to a Pot Luck

My friends Paul & Paula were having an olympic themed family pot luck (translation:  lots of screaming children running around) and we were to bring food from our country and dress appropriately.  For dress, I wore my favourite Hudson's Bay scarf (thank you mom)  and my Canada mitts (thank you Huziak's).  To me, nothing screams Canada more than Hudson's Bay stripes.

For food, I knew that I would have to make something with bacon.  Not Dutch bacon but good ol' President's Choice maple bacon that had been smuggled in from Canada.  The bacon that almost got confiscated at the airport after Christmas but I played naive and said "oh, I didn't know I couldn't bring bacon back to The Netherlands".  The bacon that I covet in my  freezer and bring out for special occasions and this was one of those occasions. . . a gathering of Canadians to celebrate the olympics and more importantly, to celebrate our Canadian pride!

Yes folks - you read that right - I look brussel sprouts to a pot luck last night and not just any ol' brussel sprouts.   These were the amazing fresh, baby sprouts that they grow here in The Netherlands that I have been addicted to (I eat at least 1 lb a week).  I tossed them with a little EVOO, some celery salt from The Silk Road Spice Merchant in Calgary (it is my "go-to" salt for everything) and a little cayenne pepper.  I roasted them at about 400 F - not really sure b/c my oven is in Celsius so I just wing it every time I use the oven.  Oh I also forgot to mention that I included bits of bacon - real bacon from Canada.  I then lightly drizzled them with maple syrup - real Canadian maple syrup and roasted them for another 5 minutes.  They were oh so yummy I must say!

Oh and to be fair, I did also take some bacon wrapped chicken bites with a a nice maple glaze as well - so it's not like I just showed up with a bowl of brussel sprouts!  I know, brussels sprouts aren't that glamourous nor are they something that you would normally take to a pot luck but in this case - it worked.  I am not saying that they were the #1 hit of the pot luck, but they definitely were enjoyed.

Today, like the rest of the Canada, I will too will be watching the men's gold medal hockey final - cheering my heart out, but unlike most of you - I get to do it at a civil hour :-)  and I will likely be eating some brussel sprouts with bacon and maple syrup from Canada!

I know I have mentioned it before, but I just need to talk about the obscure way that the Dutch seem to number floors.  They don't have something called the basement but instead it is 01.  Yah. . .okay.  So today at work I was looking for room 1A55, which at first glance, I thought that I was on floor 1 and there was no room 55 where there should have been.  That is when it was pointed out to me that I was in fact on floor 01.  So I went up a floor and proceeded to look for room 1A55 - once again - no luck.  Why?  Because I was now on floor 0.  Seriously!   What floor is called zero?! So up another set of stairs and I FINALLY found the floor and the room that I was supposed to be on.  Why can we not call floors what they are?  Basement, ground floor, 2nd floor and so on?  It is all a mystery to me.
Posted by Heather at 12:15 PM No comments:

Email ThisBlogThis!Share to TwitterShare to FacebookShare to Pinterest
Labels: Dutchisms

Welcome to my house

I have been meaning to post some pictures of my house for a long time however two things have held me back:  1) I hadn't taken any pictures of it yet and 2) I didn't think it was tidy enough to take pictures :-), so I finally got off my lazy butt and tidied up and took some pictures.  This will be a VERY LONG post as I don't know how to do fancy things with pictures in my blog yet, so my apologies.  Enjoy though!

A few things about my house - I live in a neighbourhood called the Statenkwartier and I am about a 10 minute walk from the North Sea so I am constantly listening to the gulls (and of course they crap all over my car and yard).  From here it is about a 15 minute leisurely bike ride (aka flat) to work.  My neighbourhood has one of the best shopping streets in The Hague (and I live right off of it) and there is not 1, not 2 but 3 wine stores within 2 minutes of my front door.

My house is approximately 2900 sq feet on 3 levels.  In The Netherlands, the main floor is called 0 and what we would call the 2nd floor they call the 1st floor, etc.  My house has 2 floors or as us Canadians know it, 3 floors.  It has the equivalent of 6 bedrooms, although 2 of them are small and most families would probably use them as nurseries - me, one is my luggage room (I LOVE luggage) and the other, I use as a store room.  The house has 2 water closets (rooms with the toliet), 1 bathroom and then in the laundry room, there is a closet with a shower in it - go figure!

The house was likely built in the early 1900s and this is the first time in my adult life that I have lived in a not new house - so it is taking some adjusting.  The house has beautiful parquet flooring throughout the main floor and gorgeous ceilings and chandeliers.  I had wanted what I consider a "typical Dutch house" - really, a house with a lot of character but I also wanted some modern conveniences as well - like a modern kitchen and this house seems to fit the bill.  I am very happy in my house and all of my furniture fits! :-)  Enjoy the tour of my house.

Oh - you will notice either an absence of art on the walls or painting sitting on the floor - that is b/c I have plaster walls and those 3M sticky hangers, they don't like plaster walls - pretty much everything has fallen and I will be replacing quite a few frames :-( 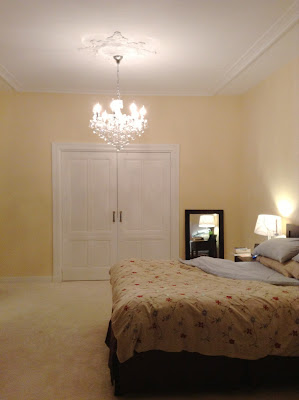 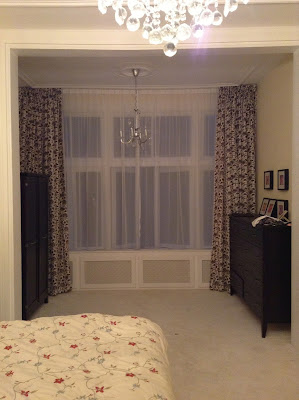 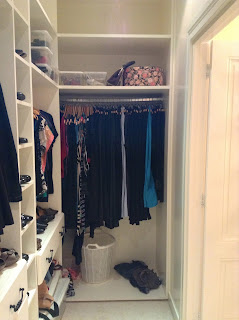 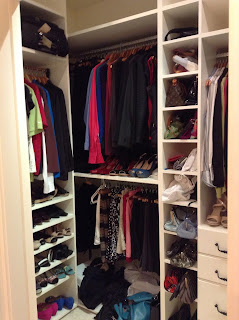 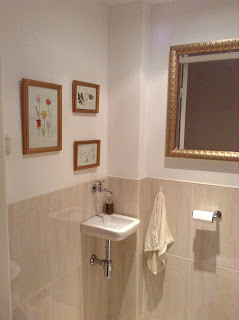 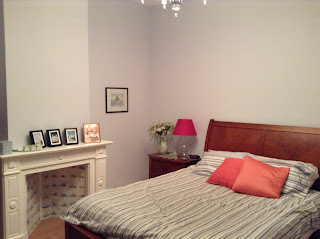 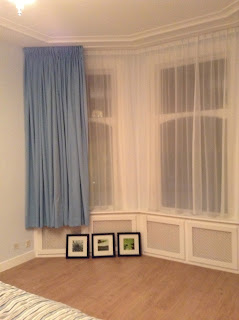 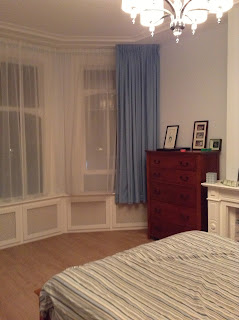 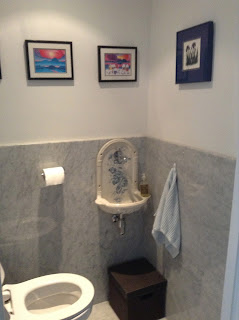 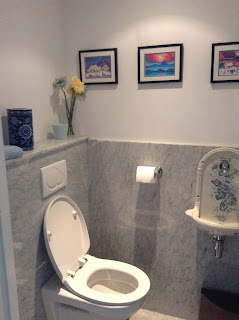 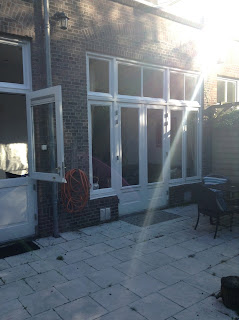 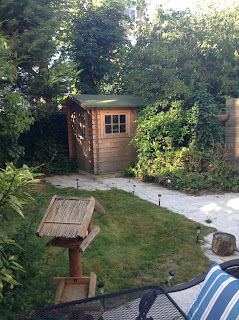 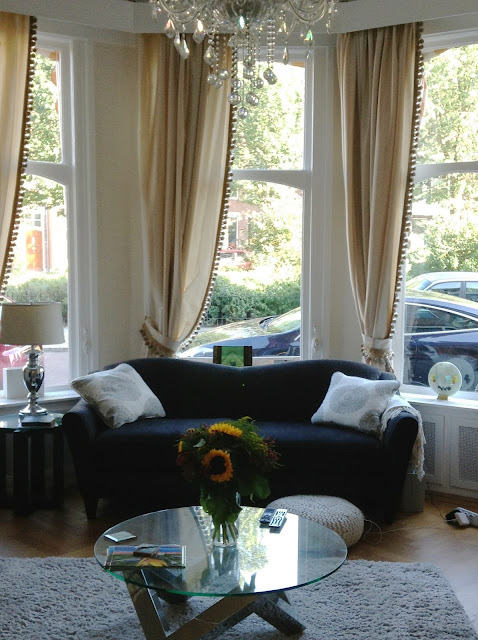 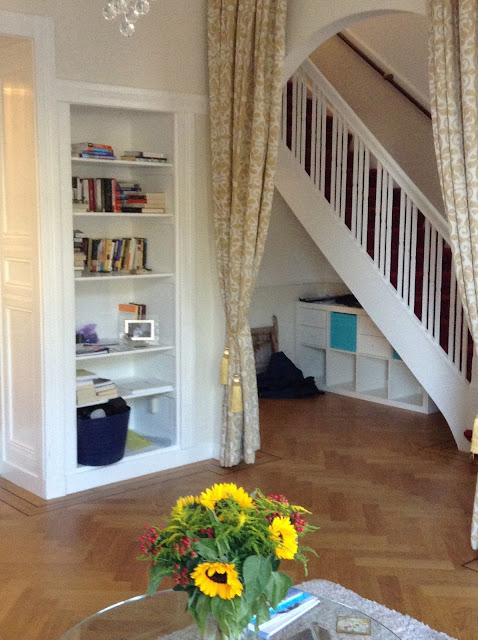 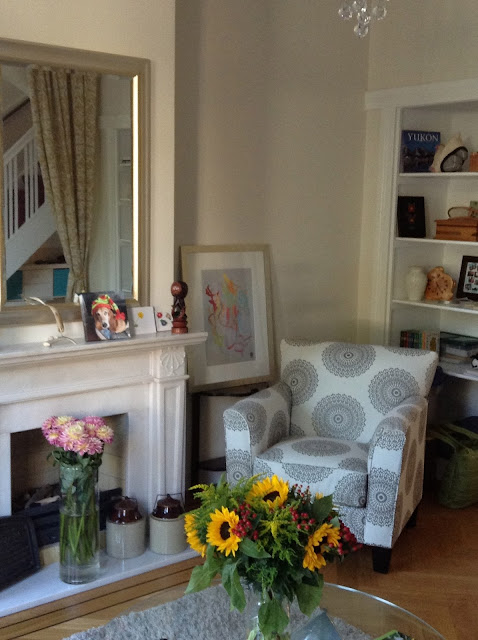 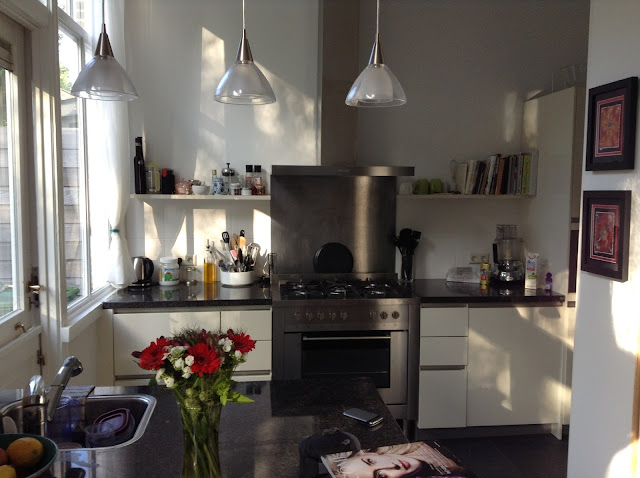 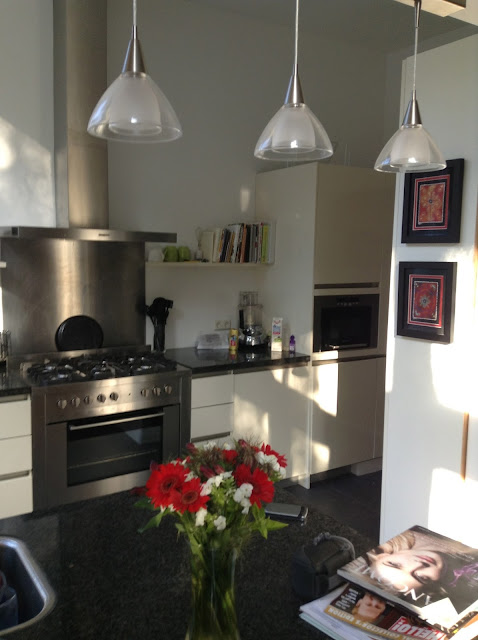 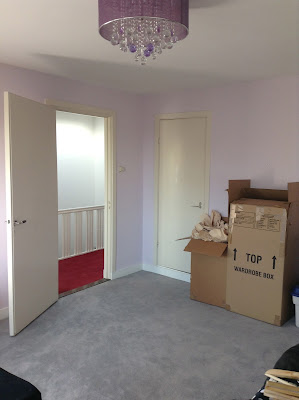 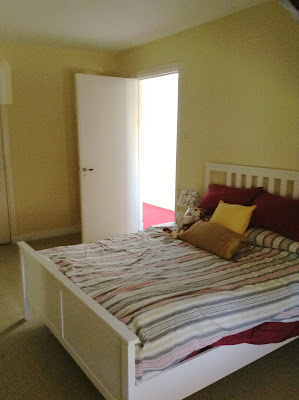 Heather
In February 2013, I moved to The Hague, Netherlands for work (Shell). This blog is about a Canadian woman working and living in another land.